During the last week, we mainly focused on getting the air quality sensor, the PMS5003, to send data every second to the Raspberry Pi via a custom wifi chip, the ESP8266. The ESP8266 technically runs Ardunio code, so this should have been fairly straightforward, but it definitely did not end up this way.

We were given firmware directly from Purple Air, so Nic worked on setting up the files on our devices. On the other hand, I worked on using existing code from the internet which claimed to run on the ESP8266. After working on these tasks for four days, we had not made any significant progress. We consulted with April and Chris on this, and decided to make the drastic step of taking apart the Purple Air, and hooking the PMS5003 directly up to an Arduino Uno, instead of the ESP8266. 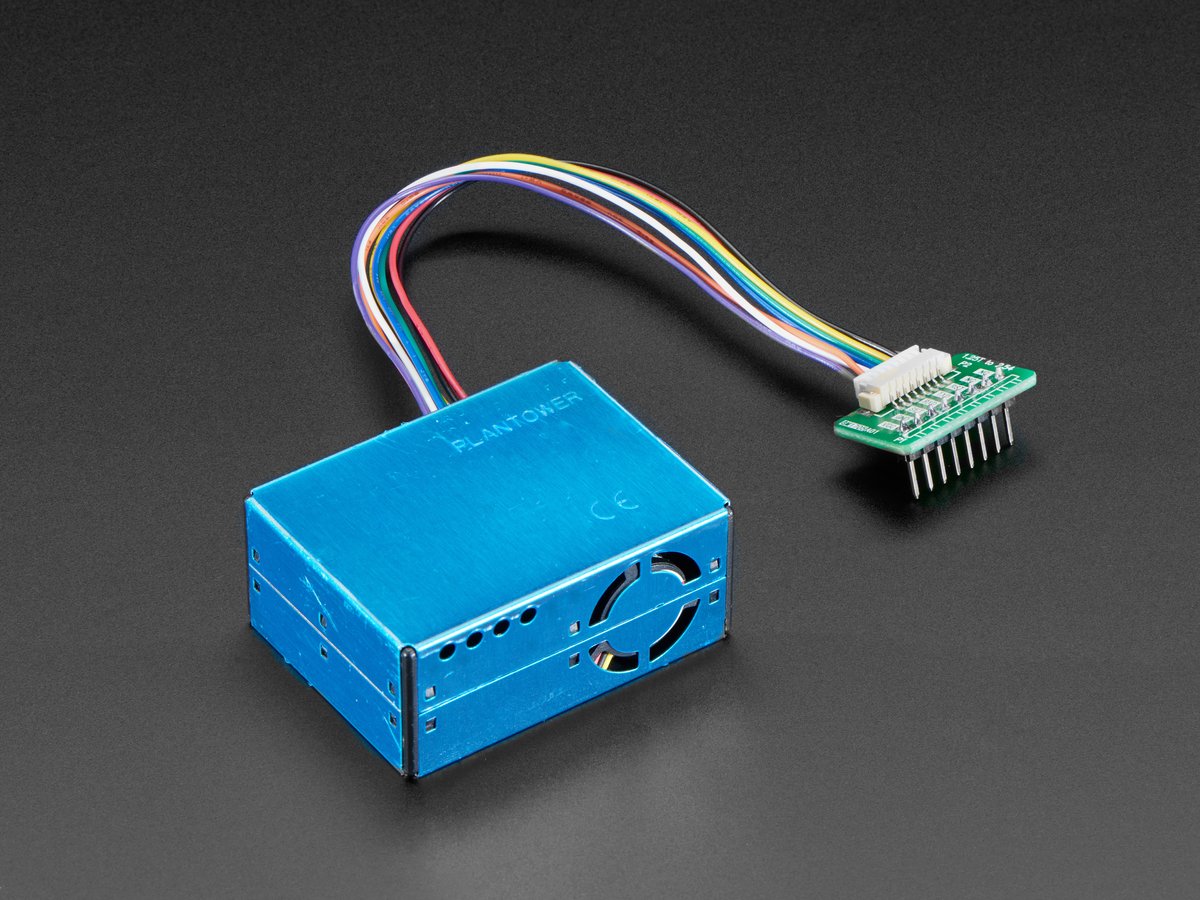 However, the Purple Air uses very non-standard wiring connectors, so we had to wire the PMS5003 to the Ardunio by finding spare wires lying around the lab, connecting them by simply sticking the wires into the pins of the PMS and Arduino, and using electrical tape to keep everything together. After uploading some simple code we found on the internet to the Ardunio, we plugged in the sensor, opened the serial monitor on my laptop, and found 3-second resolution readings! While we would have ideally had 1-second resolution instead, after dealing with 80-second resolution for the last three weeks, 3-second resolution was a godsend. When we attempted to replicate these results with the Raspberry Pi, instead of my laptop, the wiring came undone, and we couldn’t get it working for the rest of the day.

This morning, Nic came in early, and rewired the entire system using a different set of wires, with slightly thicker pins. This proved to be much more sturdy, as it stayed in for much longer. Throughout our work today, the wiring only came undone once, and it was a much more easy fix than our work on Friday. However, for our actual placements on the bike, we will need a vastly better, and more permanent solution, as biking in the real world can be pretty bumpy.

With the new wiring, we were able to get the system running fairly quickly on the Pi, and after writing some basic Python code, we could translate the code from the serial monitor to a CSV file to compare to the CSV file from the GRIMM, our research-grade air quality sensor. Our next steps for the week are to compare the data generated from our two sensors, and start calibrating the data from the sensors on our test run to Piedmont Park.

As an aside, we added a new member to our team Friday morning. Welcome to Urvi Latnekar, a Computer Science at Bennett University near Delhi, India! She will be working with us for the rest of the summer, and brings to the team her experience working with Arduinos, and air pollution data in the farmlands of India.